Tonight, the Houston Dynamo have once again stopped Philidelphia Union from advancing to the Eastern Conference Championship with a 1:0 win at Robertson stadium.  Houston Dynamo Captain #25 Brian Ching scored the only goal of the night in the 48th min in stoppage time.  The goal was assisted by none other than Houston Dynamo Midfielder #11 Brad Davis.  Brad Davis is the MLS leader for assists to goals beating out LA Galaxies Midfielder #23 David Beckham. 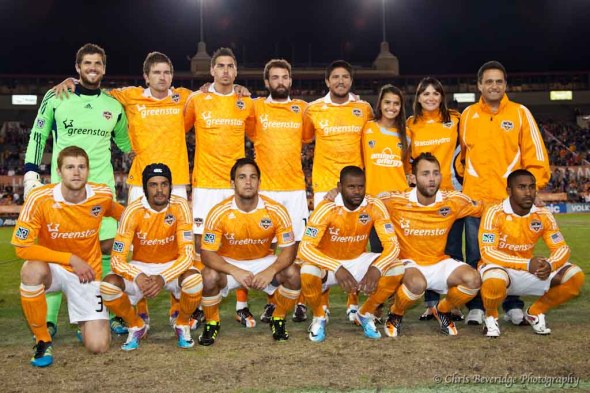 Tonight the Dynamo one again showed the US that they belong with the leading teams and that they still have more to prove like their first 2 years in Houston.  Dream, Scream, Believe!! Be Orange.